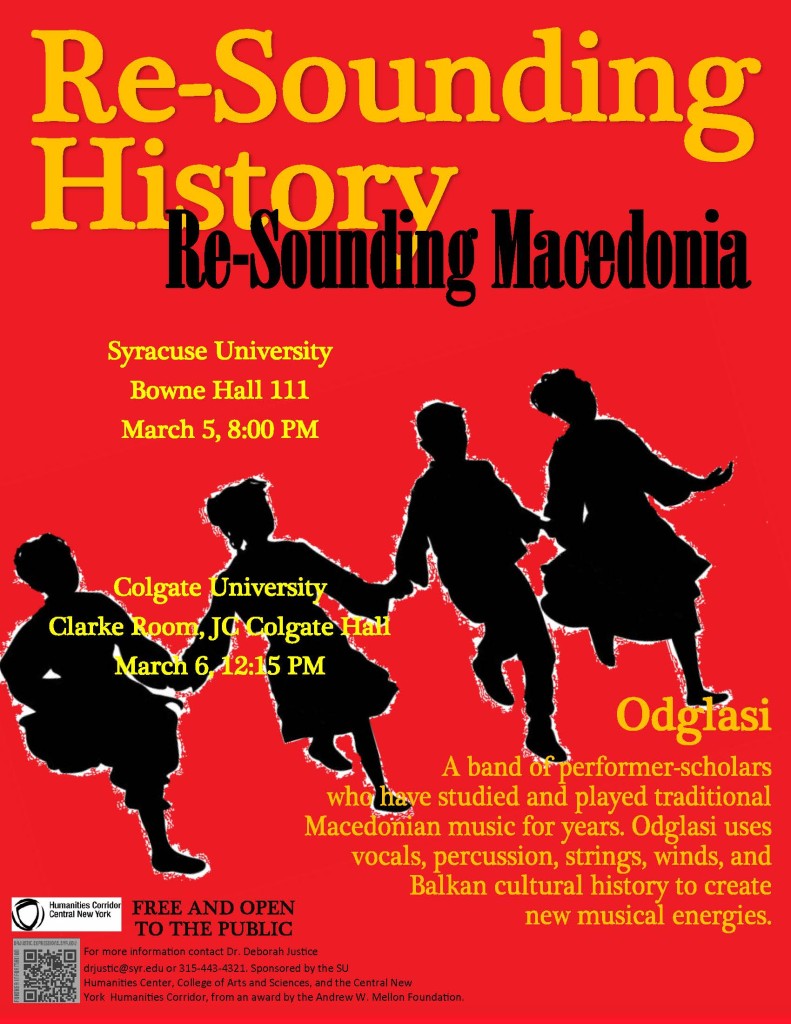 Odglasi’s musicians have been playing and researching traditional Macedonian music for many years, working in the field, the archives, and with master musicians and orchestras in both Macedonia and the diaspora.  Class, ethnicity, gender and politics shaped the development of distinct musical genres in Macedonian communities inside and outside of the present political borders, and Odglasi excels at presenting the unique phrasing, rhythm and energy of these different repertoires. Every band member brings a different research/musicianship perspective to their performance, and to their lecture/workshop/performance work.

Corinna Snyder (vocals, tambura) holds a PhD in cultural anthropology, and has done fieldwork and archival research on traditional women’s work songs, and the 20th century development of ‘official’ folk culture performance.  Vedran Boskovski (gajda, tambura, kaval, vocals) played with the renowned Pece Atanasovski Orchestra in Macedonia, alongside master singers and musicians from the Radio Skopje folk orchestra, as well as Kalrdma, a contemporary folk band that focused on the 19th century urban “chalgija” repertoire.  Helen Marx (percussion, dance) holds a PhD in Education, with a focus on intercultural education, and has researched and taught traditional Macedonian dance in the US and in the Balkans. Both Helen and Corinna have developed and led lectures/workshops/performances for American high school, undergraduate and graduate students.