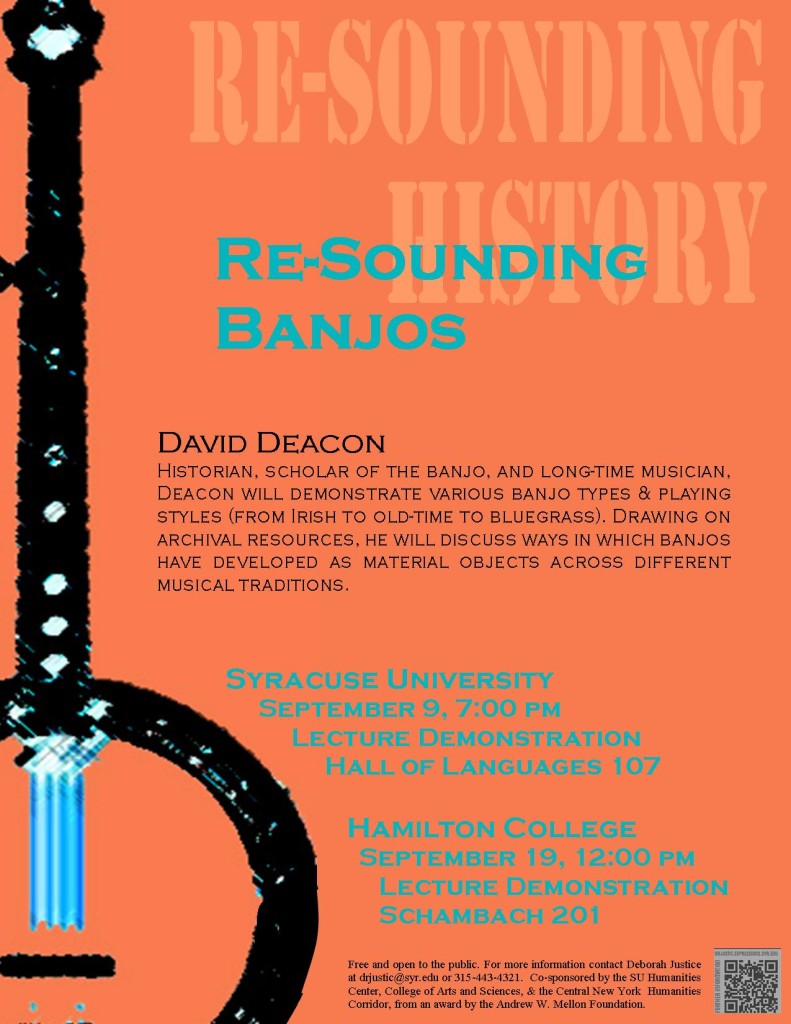 David Deacon is a historian, folklorist, and musician.  Raised in the folk music revival in Philadelphia in the 1970s, he has played clawhammer banjo since 1974, and also plays Irish tenor banjo, fiddle, and guitar.

As a historian and folklorist, Deacon is particularly interested in the early history of the banjo, and the development of minstrel and related traditional styles of playing.  He also explores the development of the banjo as an object, focusing on how banjo players and builders have adapted and tinkered with the instrument since its emergence in the 1830s.

Finally, he is interested in how recorded music from the 1920s and 1930s, later recordings of traditional musicians, and published sources informs his and other banjo players’ playing.